Beautiful In Its Time – Making sense of dying

Father’s Day wasn’t supposed to end this way.  It just didn’t seem right.  In fact, just about every person I talked to echoed this sentiment, “It’s not fair!” So what happened?

The unexpected happened.  A beautiful day ended in tragedy.

For my sister Pam and future brother-in-law Al, it was the best time in their life.  Their dream of beginning a life in Florida was finally coming true.  Dark clouds of hardship were finally behind them.  Blue skies were ahead.

Pam and Al came into each other’s lives at the right time.  Prior to this, Al was married to Rose.  Rose and Pam were great friends. They were soccer and hockey moms. Al and Rose lived the American Dream.  They owned a successful business together, raised three boys, and were truly in love.  Al built Rose a dream home on seventeen acres in New Jersey.  Life couldn’t be better until…Rose contracted cancer and died.  Al lost the love of his life.  Pam lost a great friend.

During this time, my sister was going through private pain.  Her marriage crumbled and she became a single mom of three kids.  After a period of time, Al and Pam began to spend time together offering mutual support and friendship.  Over time, the relationship blossomed into love.  For family and friends, it was such a wonderful thing to watch how the two of them came together to form such a close bond.  During this time, Al remained strongly connected to his in-law relations from his marriage to Rose.  In time, Rose’s family embraced my sister as one of their own.  This illustrates how unique Al and Pam’s relationship was and that they were special people.

About five years ago Al decided to sell his dream home as a means of bringing final closure to his life with Rose and begin his new life with Pam.  The timing could not have been worse, for the housing market had plummeted.  Deal after deal fell through.  Every disappointment was tough on Al.  He very much wanted to move on with his life.

Two years ago, tragedy struck my sister Pam when her youngest son Scott died.  It was one of the most darkest moments in our family.  The memorial service was held at Al’s home since it was large enough to accommodate 100+ people.  This was my first visit and only visit to his magnificent home.  Al gave me a personal tour, and if you are a frequent reader of the newsletter, you will recall the story I told about his hardwood floor illustration.  (More on that later.)

I was asked by my sister to officiate the memorial and deliver the eulogy for Scott.  After the memorial, Al asked to talk with me privately.  He said, “If I die before you, I would like for you to deliver my eulogy.  Will you do it?”  My response, “Sure Al, I will do that for you.  But don’t get any ideas!”  We both had a laugh over that.

So I fast-forward to May 2013.  Finally, Al sells his dream home.  He packs up his belongings and heads down to his Florida home.  A week later it is Father’s Day.  After a perfect Father’s Day dinner with family, Al and my sister enjoyed a relaxing swim in the pool.  Al looks at my sister and says (paraphrase), “We have finally settled here and can really begin our lives together.  I can’t think of anyone else I want to spend the rest of my life with than you Pam.” Then he put his hands on her face, looked into her eyes and said, “You are so beautiful.”

Beautiful.  This was his last word.  Moments later, Al had a massive heart attack and died.  In an instant, their dream together was over.  I can’t put into words how difficult this moment was for my sister.  Nor can I convey how hard it is for his three sons who have lost both parents to untimely deaths.  Al’s death devastated three family’s: his biological family, Rose’s family, and ours.  His mother lives a few miles away in Florida, along with one of his three sisters.

“It is unfair” makes sense.  Al was an amazing person.  He possessed a unique gift of being able to connect with anyone he met.  After talking to Al, he would always say, “I really enjoyed having this conversation with you and look forward to more.” His loss is huge because of how great a man he was to so many people.

Al’s dream was to have all three families come together to his place in Florida.  He got his wish, not the way he imagined.  All three families convened at Al’s home for his memorial.  We had it poolside, a few feet from where he died.  The artwork you see above was done by me after I asked family and relatives to write down words that describe him.  Take a close look and you will see what kind of man he was to us.

I stood before the three families, friends, and neighbors who gathered together and said, “I am here today to fulfill a promise I made to Al.” My eulogy was entitled, “Beautiful In It’s Time” taken from the Book of Ecclesiastes, chapter 3.  In it, the author, King Solomon talks about there being “times and seasons for every activity under heaven.  A time to be born, a time to die” and so on.  Then he writes, “God makes everything beautiful in its time.  He has set eternity in the hearts of men…”

I told my favorite Al story about how he hired an old Italian carpenter to lay his hardwood floors throughout the house.  (By the way, the floors are gorgeous!)  When Al gave me the tour and told the story he stopped suddenly and talked about how the carpenter accidentally put a wide groove in the floor when he last control of the circular saw.  Al was devastated and screamed, “You ruined my floor!” The old man quietly reassured him saying, “I will make it beautiful in time.  You’ll see.”

The old carpenter continued laying floor, occasionally taking left over pieces he examined carefully and placed in a pile.  Once the floor was finished, he gathered the pile of wood pieces and went to the area that was damaged.  He cut a perfect square, took out the damaged flooring, and carefully pieced together the wood he set aside.  Finally, he inserted the donor wood into the square but it had a small arc.  Al anxiously watched as the man took a rubber mallet and with one swift swing, popped the piece into the square for a perfect fit.  Al could not see the seams.  He stood there shocked.  The old carpenter looked him in the eye and said, “See, I told you I make it look beautiful.” As Al told me the story he said look on the floor Don and see if you can find the spot.  I examined the floor but couldn’t find it.  Al pointed out the spot and smiled,“He did make it look beautiful!”

I shared this story with the gathering of people to make a point.  Al’s life is a story that has not ended.  The chapter of his life on earth ended.  It appears to us that the story was ruined, like the floor, by an untimely death.  However, the story is not over.  In my view, God the master carpenter promises to make everything beautiful in its time.  He has set eternity in the hearts of people.  Al is reunited with Rose, my nephew Scott, and he is meeting my dad for the first time.  I told the people to expect a reunion on the other side.  We just have to wait.  It’s not pleasant.  It seems unfair.  But that’s the way it is.

I leave my readers with what I told the group at the conclusion of my eulogy that Al might want us to do based on how he lived his life among us. 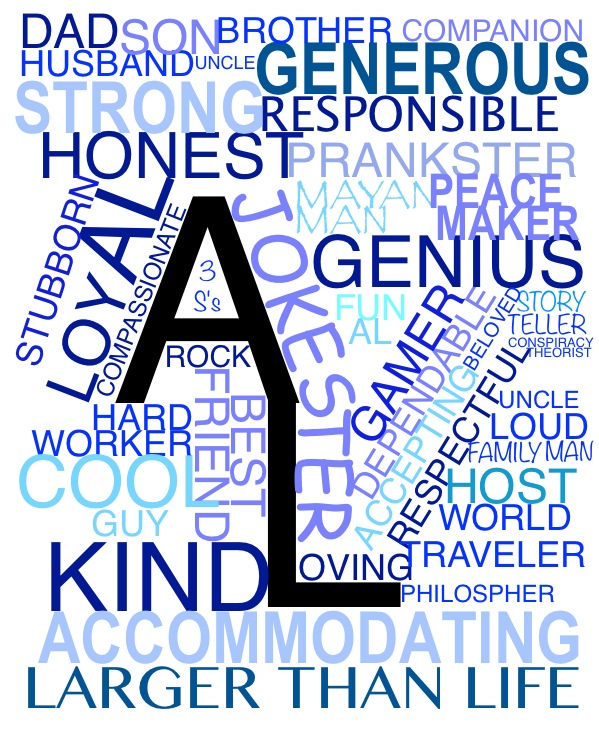 Be true to yourself

Take care of your family

Get back in the pool

Everything will be beautiful in its time

My sister Pam, along with her daughter and grandson were the first to get back in the pool.  Later, the rest of the family and friends were doing the same.  We ate good food, played games, laughed, had great conversations, and gave lots of hugs.  Everything Al wanted.  Everything we needed.  Everything will be beautiful in its time.

I want to thank so many of you, staff, clients, and friends who have shown concern for my family these past few weeks.  It has been heartfelt.  Thank you. 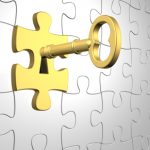 The One Key That Makes or Breaks a ConversationCommunication, Connecting, Marriage enrichment, Relationships