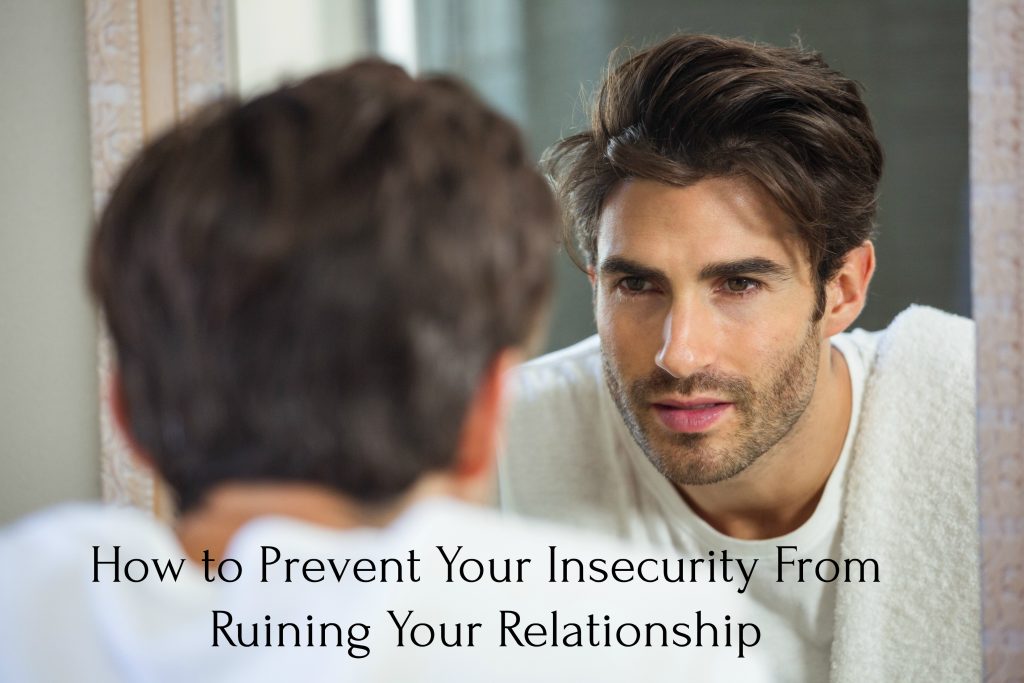 How to Prevent Your Insecurity From Hurting Your Relationship

“Can we have a talk? I want to share something with you that may make you angry and I am asking that you listen and try not to overreact.” Marian’s tone was respectful and disarming. I agreed and listened. She was right. I was angry. But, I kept it under control and tried to understand her rationale. I wasn’t on board but I didn’t own the decision. She did.

If you want to know more details about the conversation and what I had to deal with check out the All About We Podcast episode. Just click the play button above.

Marian suspected that her decision albeit non-criminal to our marriage, might trigger an insecurity within me. She was right. It did. I had a choice. Put pressure on her to change her decision. Or, put pressure on myself to confront my insecurity. Over the next 24 hours as we discussed the issue, I vacillated between getting her to reconsider and getting my courage to face my fear.

I told her that I don’t own the decision and that if this is what she wanted to do I have to accept it. Marian saw how much anguish I was in and decided not to go forward with her decision. She did it in a very compassion manner. Afterward, I felt a mixture of relief and guilt. The guilt troubled me. I felt like I had manipulated her with my insecurity. I also felt like a hypocrite. In my work with clients I talk to them about the importance of disarming our insecurities by confronting them. After some thought I approached Marian and said, “Can we talk?” I told Marian that I want her to stick to her original decision and that I would support her. I also told her that I trust her. As far as my insecurity is concerned, I said that I needed to own it, confront it, and not be ruled by it. Marian reacted in a most gracious manner. She thanked me and later told me that she feels so much closer to me because I trust her character. Since that conversation, I have felt a surge of confidence and the insecurity is shrinking. Had I chosen to emotionally manipulate my wife into changing her decision it would likely hurt our marriage. Inwardly Marian could have felt hurt or disappointed that I didn’t trust her or have confidence in her decision. I would have also reinforced the power of the insecurity by caving in to it. Sometimes relationships struggle when the activation of insecurities form a negative pattern of mistrust. It is especially troubling when a partner lives under the scrutiny of another unjustifiably. Their actions are innocent yet they are judged untrustworthy. Patterns like this are spawned from insecurities formed by early childhood wounds. You can prevent your insecurity from hurting your marriage by following these 3 action steps

Own your insecurity instead of it owning you

This is an issue of control. Do I control my life? Or, does my insecurity control my life–and relationships? Do you know your insecurities? Or do you deny you have any? If you know them you are one step closer to owning them. On the other hand, if you deny them, they own you–period. People owned by insecurity live in fear and mistrust. They control other’s behavior to avoid being triggered. Owning includes:

Purpose to not manipulate others with your insecurity

The easiest way to deal with an insecurity is to avoid it. However, this gives it more power to control your life. You in turn will likely control others by getting them to act in a manner that appeases you.  But it does not consider their interests or needs. This is selfish and inconsiderate behavior. If you care about your spouse you want to consider her/his interests. If it triggers your insecurity you have a choice: Being purposeful not to manipulate your spouse will point you in the direction of dealing with your insecurity. Confronting fear, mistrust or other unpleasant emotions is not easy. However, if you are going to own your insecurity and diminish its power in your life you have to confront it.

Confront your insecurity when it reels it’s ugly head

Emotions that surface from insecurities are often irrational. Irrational fear, mistrust, rejection, or abandonment are examples. In the moment they feel real. Projecting mistrust on a partner who has not done anything to justify the feeling is harmful to the relationship. The partner always feels like she/he is on the hot seat. In order to break this pattern, the person has to turn attention off their spouse and on to their insecurity. Confront it when it reels it’s ugly head. You can say something like this: “My spouse is not the problem. My fear about being hurt is the problem.” By owning your insecurity, not manipulating your partner, and confronting your insecurity when it reels it’s ugly head, you will successfully diminish its control. You will feel more confident, secure, and trusting of others. The negative pattern in your relationship will weaken and you will feel safe and close to each other.

Everyone has insecurities. Do you know yours? What can you do to work on getting better control over it?
Menu