What Dads do to Stay Connected With Their Kids

A couple of years ago my mother celebrated her 75th birthday.  My three brothers and sister decided to throw a surprise party to celebrate this milestone event.  My contribution included creating a media-based, historical portrayal of her life.  So I set about gathering pictures from relatives dating as far back as mom’s grandparents.  Using my mac, and combining photos and music, I portrayed mom’s life story from childhood to her current role– great grandmother.

As I started sorting through the pictures that featured my father I felt a familiar ache in my heart.  Tear-filled eyes made it hard to focus on the photos of dad who passed away fifteen years ago.  Memories brought me back to those far away places where we shared life together.  In that moment I sighed, “I still miss my dad.”

My dad was not perfect, but he was a good man.  He was old school.  No question who was in charge.  A stoic Swede, emotional expression was not his strong suit.  In terms of work ethic and parental responsibility, he was as dependable as a Swiss watch.  Dad was a man of few words.  He let his actions speak for him.  No question, he left a positive imprint in my life.

As I was skimming through my musical library looking for the right songs to play with the pictures I came across two songs by different artists.  Both songs describe a relationship with their fathers, yet with different sentiments.  The first was a song by Cat Stevens called, “Father and Son”.  The song describes the disconnect he had with his dad over the expectations about the path of his life.  The second song written by the late Dan Fogelberg called, “Leader of the Band” was written about the influence his father had in shaping his life.

Recently I asked a few men I regard as great fathers to answer some questions about being dads.  These men were chosen not because they are perfect or have the storybook life as a dad.  Rather, they were selected because they take the role seriously and have maintained solid connections with their kids– for some into adulthood.  I compiled their responses and offer them to all dads as a gift of inspiration to you on Father’s Day.

What are two or three key traits you consider essential in being an influential father?

Honesty was a trait high on the list of responses from the dads.  Being a man of your word, keeping your promises, and admitting when you’re wrong was a trait these men consider essential.  Consistency was also highly revered as a positive trait.  As one dad put it, “if a father is not consistent then a child will not know what to believe.” Along with consistency, the men related the importance of investing time in their children.  Attending sporting events, recitals, school events, are considered “no brainers” by these guys.  One single-father related how he and his son cook together one night a week.  They alternate weeks choosing recipes and work side-by-side in the kitchen.  They use this time together to talk about “guy stuff”.

Several of the men spoke of the importance of modeling spirituality for their kids.  For these guys, it begins with attending church and includes reading and praying with their children.  Spirituality also involves setting an example by living a life of faith in action.  One father stressed the importance of making your life stand for something beyond career success.  He emphasized finding a greater cause, one that involves servanthood, sacrifice, and caring for the needs of others.

High on the list of traits was showing affection.  More than one dad highlighted the need to allow children to see dad show affection to his wife.  Show kids affection in words, hugs and kisses.  They warn dads not to display affection only when your kids are doing what you want, but to show love unconditionally.

What do sons need from their fathers?

One dad captured the need of this generation when he called for fathers to teach their sons how to show respect.  Respecting their mothers, females in general, and those in authority is essential.  Modeling respectful behavior is a must for these dads.  Saying one thing and doing another is unacceptable behavior for an influential dad.

The discipline to listen before you lecture is what another man stated sons need from their dads.  So often fathers react to things which causes their sons to withdraw.  Young men need to be able to express their thoughts and feelings without fear of being corrected or lectured.  Father=son bond is strengthened by healthy dialog.  One dad stressed the need for calmness stating, “boys don’t respect you when your face is red and your voice is raised.”

Finally, sons need their fathers to allow them the freedom to follow their own path and to offer support.  Dads reported the mistake of trying to get their sons to do things they are not “wired” to do.  They warn men not to be “too overprotective” of their sons and to allow them to learn about life by making mistakes.  Dads make great consultants to older sons learning how do achieve their independence.   Being nearby, dads can help them sort through their mistakes and learn how to solve their problems.

What advice would you give to dads in terms of building a relationship with their sons?

In addition to spending time with sons, these dads spoke in terms of having a heart-to-heart connection.  One pastor related his focus on sharing spiritual values from his heart to his son’s heart.  One dad learned that at times his son needed his father to be a friend by listening and allowing him to speak what is on his heart.  There are times when a listener is needed more than a lecturer.  This requires a shift in relating.  You don’t always have to have an answer or solve the problem.  Sons need to know you care more about them than their behavior.

One dad talked about doing one-on-one outings and trips with his son.  Marking moments by going on fishing trips, mountain climbing, or involvement in humanitarian or missions projects are a few examples of how dads and sons can take their relationships to a deeper level.

Can you share the biggest mistake you made as a parent?  What did you do to correct it?

One dad related two mistakes: putting work ahead of kids and not giving them enough encouragement.  He stated that over time he made adjustments in both areas, but regretted he missed valuable opportunities.

Another father said his biggest mistake was hiding his mistakes from his kids.  He admitted he set the bar too high by trying to be perfect.  Later in life he learned to be honest with his kids about his failings and discovered that being transparent drew them closer together.

Being too critical of his kids’ mistakes was a flaw one father shared.  When he saw his kids displaying the same behavior, he viewed it as a wake-up call.  He says he measures his words more carefully now.

Also, being too much of a friend is a mistake admitted another father.  Kids need a parent who establishes and enforces rules, sets limits, and corrects behavior.  He stresses the need for balance so that kids can thrive.

Finally, one dad talked about his tendency to cast a large shadow by his formidable presence in the home.  By asserting “first chair” status, he made it difficult for those around him to flourish.  His solution?  He is learning to assume the “power down” position by taking second chair, allowing his wife or son to take the lead when necessary.  Giving up control and sharing power often yields better results.

Fatherhood is one of the most significant roles in life.  Unlike a career in which you spend years in education and training before you are deemed qualified, parenthood does not come with a training manual.  Most parents “learn on the fly” and make many mistakes along the way.  Truth be told, there is no such thing as a perfect parent, child, or family.  We are imperfect dads who love our imperfect kids.

As we come upon Fathers Day I encourage you to do two things.

First, if your father is still alive take time to express your love and appreciation to him.  Hug your dad, look in his eyes and tell him you love him.

Secondly, if you are a father of growing children, think about one or two traits shared by the dads in this article that you can add to your life.  Purpose to work these into your repertoire of parenting skills.  You too will grow as an influential father! 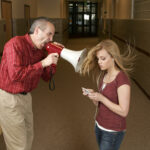 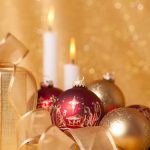