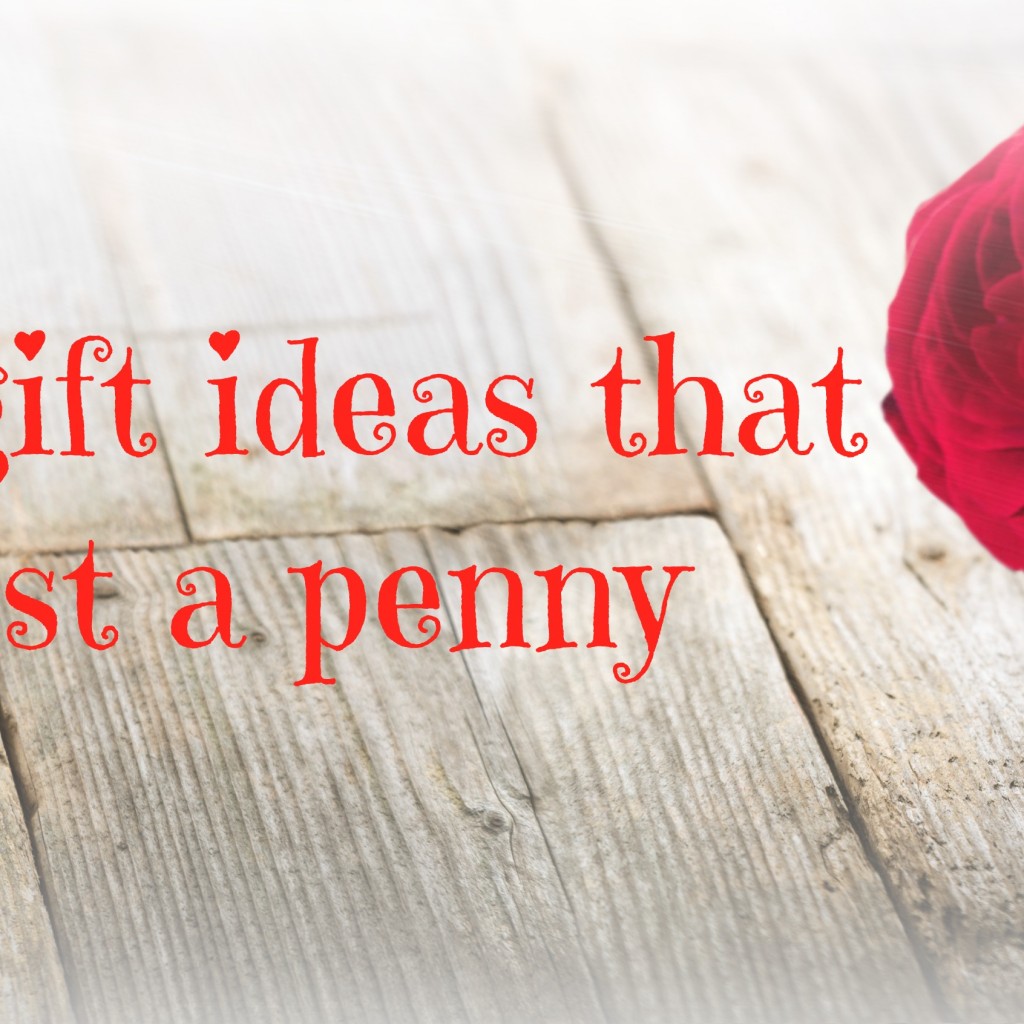 February 14, 2016
Don Olund
Blog, Marriage, Relationships, Romance
The title of my blog may give the impression that I am a cheapskate when it comes to gift-giving on Valentines Day. The truth is Marian and I don’t make a fuss over 2/14. No pressure to purchase a romantic gift. A sentimental card, preferably homemade does the trick. Our problem with Valentines Day is that prices are jacked up (flowers, restaurants, hotels, etc…) and it feels rather exploitative. That’s just our opinion. Before I get in trouble with the ladies and a salute from the guys who usually botch a romantic event like Valentines Day, let me be clear. When it comes to romance I think couples should have a line item in your budget allocated for dinner dates, weekend getaways, and special gifts. This will give you several “red letter days” throughout the year to celebrate romance. Now if you are on a tight budget, yet you want to do something really sentimental, let me recommend some Valentines Day gift ideas that won’t cost a penny. Here’s the kicker. They may hold a higher value than something you bought in a store. The reason is, you put a lot of thought and effort into the gift, and it conveys to your mate how much they matter to you.

Remember we used to do this when we were kids. Cutting hearts out of construction paper, spreading Elmer’s Glue, adding glitter, and with a crayon, writing something novel like, “Be my valentine.” Today we have the advantages of storing photos on our computers and using one of several software apps to create artistic designs. This year, I used PicMonkey to design my card. It has a section dedicated to romantic art images, borders, and fonts. PicMonkey is a free app. It also has a more elaborate subscription service. The image above I designed using this app.

Create a Year in Pictures Album

I have done this several times for Marian. It is real easy to do. If you store your pictures on your computer’s software program it likely has a feature that allows you to create photo albums. I own a Mac and the iPhoto app does the trick. Here’s how it works.

Create a Romantic Date at Home

If you have kids this may be tricky but do the best you can. My hairstylist told me the other day that grandpa took her son for the weekend so the couple could have uninterrupted time together. If you have parents who can take the kids overnight, go for it. If not, don’t let it stop you from creating space for a romantic date at home. Light some candles, draw a bath, add romantic music, and create a mini-spa. Offer each other a massage. By the way, scalp massages are wonderful. This will set things up for a romantic interlude. Afterwards you can nuke some popcorn, grab a pint of Ben n Jerry’s, and lay in bed together watching a romantic movie on Netflix. Now for one of the most meaningful Valentines Day gift ideas that won’t cost a penny.

Say Something Special You Haven’t Said

This will require some reflection so don’t rush your thought. It has to be special AND something you haven’t said before. I remember one time sitting across from my wife in a restaurant and thinking about something I admired about her. It caught her by complete surprise when I said it and her eyes filled up with tears. Mine did too. I will never forget that moment. It taught me a valuable lesson about expressing sentiment. Something special is more than “You’re a great cook” or “You’re a hard worker.”  It has to be something unique about your mate. It could be character traits you admire or how thoughtful they are toward others. Perhaps it is something about their personality or some subtle beauty or handsomeness they display. I think you get the picture.

There are thousands of funny clips, many among them having gone viral. Recently, a subscriber shared this one with me. Allow me to set up the story before you watch the 18 second video. A couple on an African Safari witnessed a small antelope being chased down by a cheetah. When the kill was about to happen before their eyes, the husband casually remarked, “I’ll bet the antelope gets away.”  The wife answered, “If that antelope survives, I agree to have sex every day for the rest of your life.” The deadly chase was captured on video.

Now its your turn

What one idea from these suggestions will you use today? Maybe you have a creative idea of your own. I’d love to hear it. Leave a comment below or on one of my social media sites.